Templegate is the in-house tipster for The Sun Newspaper.

With multiple tipsters taking the reins over the years in 2019 they appointed Steve Mullen with Steve Jones having left the role and Templegate’s tips are one of the most popular tipster services in use today.

Having had thirty-five years of experience he was hooked on racing after having a winning bet slip on National winner Hallo Dandy.

There are plenty of tips to be had including the Grand National and Templegate’s tips for Cheltenham.

At the age of Nine Steve placed 50p each way bet at 13-1 on the Gordon Richards trained gelding.

Steve was said to be annoyed even at such a young age because he’d missed the value from the morning as he was 16’s, Mullen is just the seventh Templegate’s tips since the paper started fifty years ago and has joined the role with plenty of understanding having worked for Racing Ahead and Raceform.

As part of the Sun News Corp services, Templegate puts up his selections every morning on the Sun online with a NAP,NB & Treble bet.

You can also use Templegate’s tips as part of the Paddy Power rewards club to make a bet.

Templegate’s tips NAP is his main bet of the day. An NB bet meaning next best is his second selection and Treble bet is the third horse he’s paired up with the two previous to win. Be sure to check the Grand Natonal free bet availability.

In the Templegate’s tips NAP’s bet league he currently sits in 18th place with a profit and loss of -£7.18.

In this tipping year which started in November he has had 86 NAP’s with 26 winners at a 29% strike rate.

His longest bet winning streak so far is four days with his biggest price winner being 9/2. 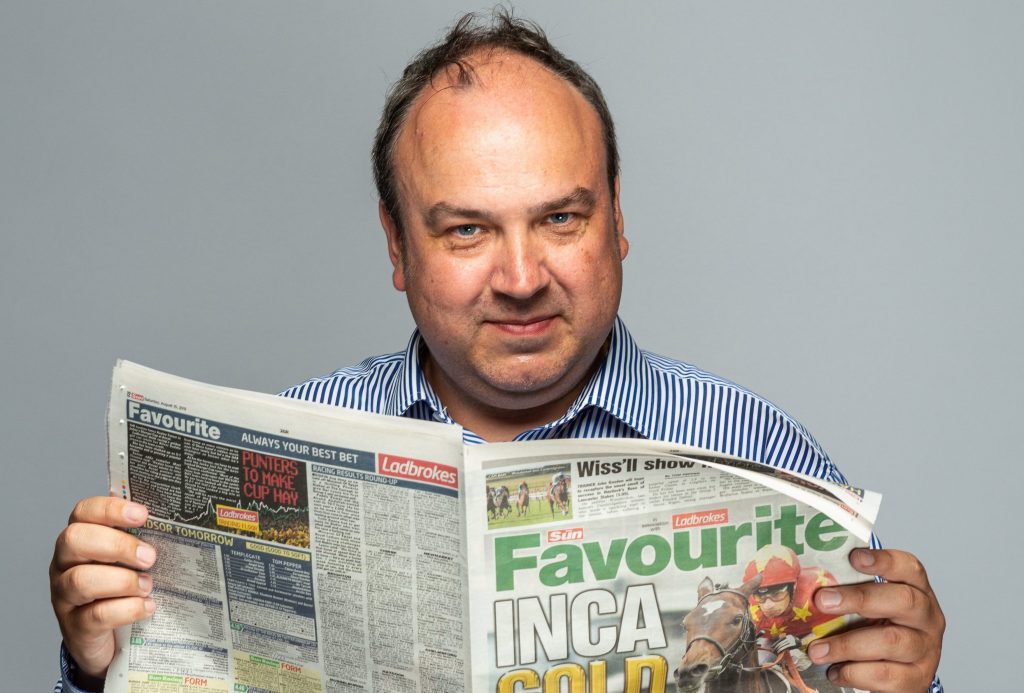 Templegate’s tips horses he tips up have an average median of  5/2. Don’t forget you can use a number of free bets paid to your account to use.

Grand National Prices and free bet opportuntities are not something he tends to talk about however due to the fact that people will read his articles at different times so if there is an opportunity to take an early price on a bet, some people would miss it.

Although he says he hunts for bet value for example in the Grand National you cannot really find value in columns such as his own.

His bet column is much sought after in the sun online on a Saturday as the newspaper has its own pull-out racing section which provides all his fancies with justified reason with them.

His bet tips at the big meetings such as Cheltenham, Aintree & Royal Ascot are what all punters want to read to help give them the inside and professional help when making a bet.

His selections do not tend to have horse racing jargon in so that readers can understand his reasoning and are all posted in the sun online.

You can use free bets using the Sun tips. There are a number of bookmakers who offer free bets on the Grand National and free bets can be credited to your account to bet with.

Can I use free bets credited to my account?

Yes you can use free bets credited to your betting account. Free bet stakes and first qualifying bet must be adhered to when your sign up to claim your free bets. There is usually a min odds you have to bet with.

Free bet payment restrictions also apply to your free bets which are paid out.

Racing tips: Templegate NAP can bully rivals into submission for the O’Neills at Market Rasen on Wednesday

The Tempest team will be looking to find the winner in the Thursday race, so here’s the best bet on the race.

Let me know the best advice from our team. A DISTANCE OF A CAR (3.30 Market Rasen nap) It was reminiscent of his previous run on credit on Ludlow.

Today the better terrain is proving useful with an additional half-mile to his front. SILLEY GRANDENS (2.10 Wincanton).

He is up in weights but should be very difficult against the best amateur James King. The runner-up was able to win his first contest as much as the French and connections offered him for around 200,000.

TEMPLEGATE compared Tuesday’s performances to a horse he hoped he might have won. Find out who the tipper thinks is an invalid cert in Wolverhampton plus a couple more options. LADYWOOD, (810 Wolverhampton, Napp).

Mark’s filly had a wonderful run last night through Chelmsford. She is okay. More will come at that modest amount.

SunSport tipster Templegate gives you unrivaled insight and tips for todays horse racing I can knock out the door with a win at Warwick.

The nap for today NAP will force rivals into submission for a win.

Another positive to Templegate is that it is completely free and you do not have to pay a penny to find out his bet selections in comparison to others. If you buy the newspaper or subscribe to the Sun website there will be an obvious cost but his articles are free to read online.

His bet articles have had 26,000 searches on Google showing the popularity of his tips.

To summarize The Sun’s Templegate tipster is one of the most sought after columns that the general public read due to the easy reading and winning selections.

Tell me the meaning of Templegate’s triple?

The result is his third highest-valued horse of the day for bettors who like to put multiple bets when placing a wager on all three of his highest-rated horses of the day to win.

Those three winners are likely to get great returns but the one who only loses will lose the game and lose no money. It will give you different kinds of gambling options such as win only treble or any treble and for a more complex bet you may bet on the Trixie.

Trixie bets contain three selections and 4 bets -two triples and one triple. In other words, a £1 Trixie costs £4.

What is Templegates Nap of the Day?

It’s a bet that Templegate considers a good bet.

The naps on this page are shown in bold capitalizations on Temple Gate’s homepage. Currently the strike rate is 22% on the NAP Bet. The “NAP” (a descendent from Napoleon card games and a game) suggests that the tipper chose it the best bets for the day.

Tell me the meaning of NB?

NB signifies “best of all” as it is the next top pick of the day by the tipster. It can also be found in bold with NB under the names of selected horses. This selection combines an high strike rate but is less than the NAP selection.

His prices are normally nothing special so you would struggle to make money on it if that’s what you were planning but the free flowing nature of a tipster that wins more often than not helps grab the audience.

Templegates’s tips is run by Steve Mullen, who is featured in the Sun News corp and news group newspapers limited. You can find his tips on the Sun online website.

Who is the best tipster in horse racing Australia?

Dean Evans has become Australia’s leading horse race betting service, generating over 12,000 unit revenues since launching his trial-spy &-daily-spy services. The results were a re-run in a new year.

Who is the most consistent horse racing tipster?

The best tips for horse racing or the Grand National can be found here.

On the At The Races website, his columns have a couple of choice each day – three each. First, his annual income since the year 2001 in the form of the recommendations of the board and his Grand National selections.

Which newspaper has the best horse racing tipster?

Rob Wright has been named a national newspaper tipter five years in succession. Wright won the National Racing Journal National Press Challenge by an impressive margin, including writing tips on the Grand National/

Can I bet on Cheltenham?

Yes you can bet on Cheltenham. The winner’s bet is a betting option based largely on the horses in question. It means your horse should have completed a race at Cheltenham Festival before you get any money back.

Who is the best horse racing tipster?

To place a bet you need to take advice. The best tipster on the horses is a matter of opinion. Always use your own knowledge on the horses and bet with begambleaware.org.